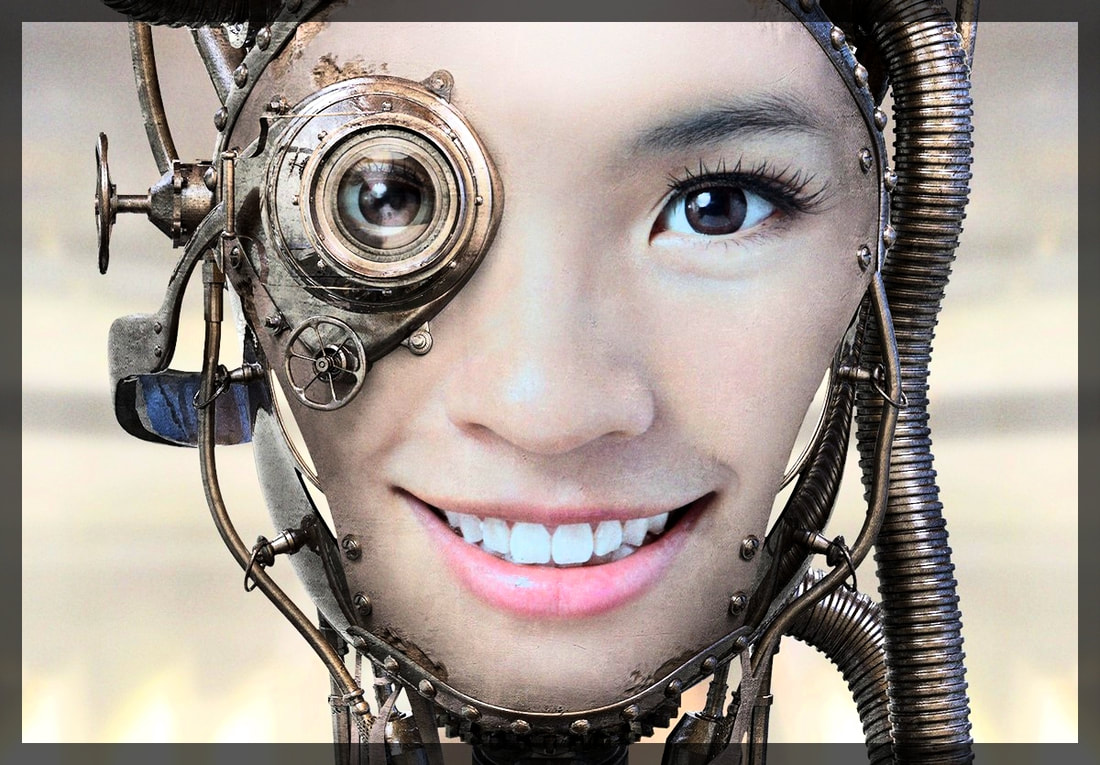 When we look at a river we deduce from simple observation that its winding course is due to its two banks. The waters flow between and move in the direction dictated by them.

However, we must also acknowledge that the banks are themselves formed by the waters of the river, and that without their persistent flow, the banks cannot be what they are. The waters create the banks and, reciprocally, the banks define the river. Perhaps this is why we enjoy gazing on a river, and call it beautiful.

It’s not a matter of opposites, in the accepted sense. Rather, it’s more a case of polarities in a state of harmonious tension.
It’s not the case only with rivers. The “Contrarium,” as I call it, undergirds and governs all existence, and is the mystery of mysteries. Our definition of "opposites” is a rather mundane and ultimately fallacious rendering of the Contrarium, the foundation from which all reality emanates.

Dialectical Monism is a concept acknowledged by every worthy philosopher from the dawn of time. This includes savants of the first rank, namely the great German mystics Jacob Bohme, Meister Eckhart, Nicholas Cusa, and others. They in turn influenced the later German Idealists. The so-called “Dialectic” of Hegel is a more sophisticated doctrine of the Contrarium, while Fichte’s concept of the Thesis-Antithesis-Synthesis dyanamic is also a perceptive delineation of it.

The Contrarium is a manifestation of an underlying restlessness found at the base of consciousness and reality. It is the ontological “ground” of matter and mind, which cannot come into being without it. This basal dyad is the ultimate cause of everything we see and know. Our experience of ourselves as Selves is a manifestation of it. Physically, it manifests as flex and reflex and as the two hemispheres of the brain. It is apparent each second in our breathing, as we inhale and exhale. It's apparent in the phenomena of male and female, masculinity and femininity. We experience as day and night, intellect and emotion, joy and pain, movement and rest, etc.
For ancient Greek philosophers it manifested in the polarity known as Physis and Techne, or nature and technology. In other words, there are the raw materials offered by nature, and there’s what we make of them to suit the human world. We take the stone, wood, soil, slate, crystals, metal ores, minerals, etc, to construct our world (the Mitwelt). We exploit animals, insects, water, salts, and even decorate our artificial environments by aesthetically mimicking nature.

But the ancient sages noticed a crucial and puzzling difference between Physis and Techne or the natural and unnatural. Artificial things, they said, lack Telos. This is a word that defines living processes. It is the root of telelogy, the process by which a natural thing, like an acorn, develops into an oak tree. Darwinian evolution is an example of telos. The entire planet and everything in it, of a natural kind, has telos. It is all going somewhere, whether we can define it or not. Even a dead flower or branch has telos.
Artificial things, made by man, do not possess this innate principle, even though they are made of natural products. A brass lamp remains as it is forever. A concrete bollard, a prefab house, sheet of plate glass, roll of barbed wire or aluminium pipe doesn’t change or grow. The artificial may serve a purpose and be put to use in myriad ways, but it is to all intents and purposes dead. Nature is not less for its absence.

Martin Heidegger took this duad up and noted that in modern times Techne has overtaken Physis. In other words, the dead and the artificial is more important than the living and real. Man’s environments have less and less to do with nature and the force that makes nature what it is. That underlying force remains as unknown as ever. This is true even though many great minds have attended to the matter. Nevertheless, despite their insights, moderns remain addicted to the artificial. As Jean Baudrillard stressed, the artificial - the simulacra - is now far more important than the natural and real. We prefer it and could not live without it.
What this means is that Selfhood is now defined based on artificiality. The world we live in has become so artificial that the people in it have become less human. A plastic world eventually gives rise to plastic people. The dehumanized creature doesn’t mind being surrounded by dead cyborgs. As long as they smile on cue, why worry?

Prophetic warnings went out from many thinkers. Marshall McLuhan and Jean Baudrillard warned about the role of the media in this dehumanization process, while Existential and Humanist psychologists warned about the perils of urbanization and technophilia. 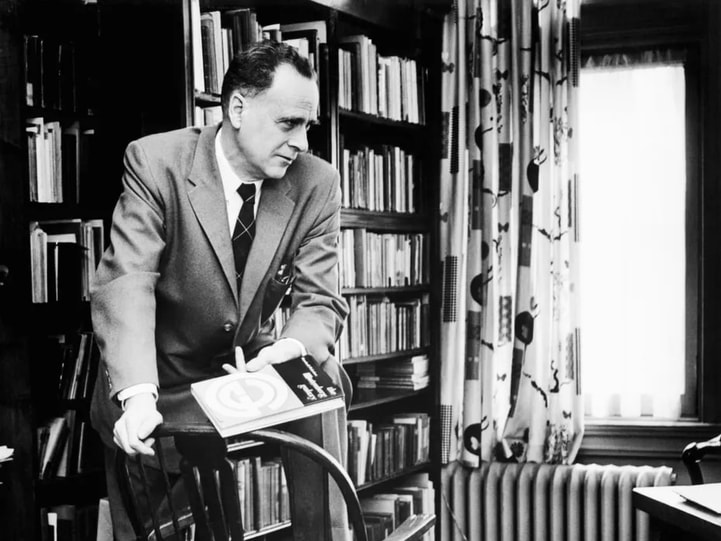 Strangely, we create tools, such as shears, cutters and chain-saws out of natural elements, and then turn them against nature. The axe that fells the tree was made from its wood.

The term they used for truth was Aletheia. It means “unforgetting.” The river Lethe, as we recall from mythology, was the dark river of sleep and forgetfulness. With the prefix “a” the word means the opposite. Specifically, Aletheia means “remembering," "awakening,” “discovering,” “revealing” and even “unconcealing.”

Truth then is understood as a process of light and shade, revealing and unrevealing a definition lost to moderns.

The philosopher Martin Heidegger made this definition of truth central to his entire corpus, using it to demolish the nonsense of metaphysics and religion. When we see truth as a version of the Contrarium, we see the fallacy of expecting nature’s mysteries to be summarily revealed to the intellect. It’s not going to happen. This includes the mysteries of the Self. As far as Heidegger was concerned, our attempts to shine light on the fundamental nature of nature and consciousness are bound to fail. It’s wrongheaded from the start. Many other thinkers agreed with him. Even some scientists got the message, but they were and still are in the minority. 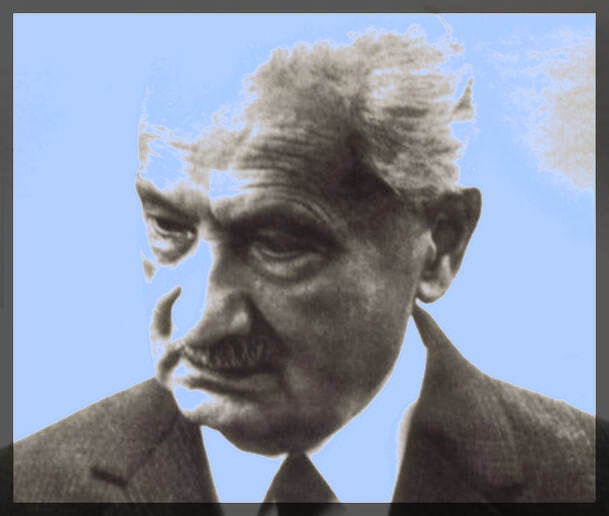 The Contrarium’s dynamic was noted by Friedrich Schelling. Mulling on the ideas of the German mystics, he saw into its dyadic movement and described the purpose of its bivalency.

If the centrifugal movement is taken to extremes, one is eventually estranged from their roots. One extrudes too far and loses their grounding. This leads to pathology. Conversely, if the centripetal direction is taken to the extreme, one remains moribund. This dyad has been described as the tension between Eros and Thanatos, life and death. Without Eros there can be no creativity and life, but without Thanatos there will be physical and psychic alienation, dissipation and fragmentation.

This dyad was recognized by the early psychoanalysts who saw it as the conflict between the life and death drives. Simply put, one either progresses or regresses. It’s all due to the underlying Contrarium. 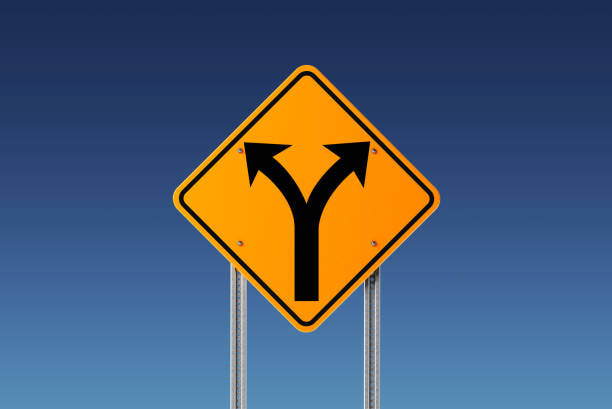 The modern mind thinks of it as a case of hard Cartesian polarization. But it doesn’t make sense to do so. As philosopher Owen Barfield pointed out, if black is really opposite to white, it can know nothing about its opposite. Nothing at all. However, the identity of black is entirely due to the identity of white, so there must be a reciprocal relationship below obvious appearances. This holds for all so-called “opposites.” All things are, therefore, in relationship. There exists a symbiotic relationality between supposed opposites that contradicts the common sense view - the view of mechanistic science.

For Schelling, consciousness itself arose due to dialectical monism - that is the Contrarium. Although its movement involves two polarities, these actually move at the behest of a third principle. What we call “duality” is, therefore, better understood as triality. Of course, that third principle is Geist, Logos or Spirit.

That we remain unaware of the third principle is due to the retraction of authentic Selfhood into mere subjecthood. This is the shrunken travesty that makes up one side of the Cartesian dyad. Its existence means we are condemned to see the world as a purely external phenomenon. Everything in it is simply a remote object, to be exploited by the faustian will. Objects are not part of me. My impoverished sense of self comes about as long as I push the world and its contents away. The sense of self I possess is, as Heidegger and others warned, merely a isolated, emaciated construct. It operates fairly effectively in the simulation we’ve constructed by way of Techne (or technology). 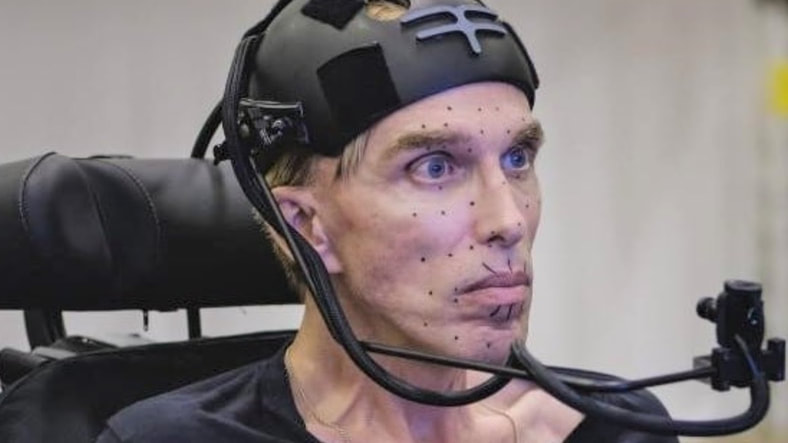 We see that humanity is now entranced by technology and simulations. This is inevitable because humans are themselves no longer “human” in any genuine sense. The unreal and artificial are now far more important to us than nature and the real.

In our push-button age of gadgets, remote-controls and social media interfaces, we get used to controlling what we see, hear and experience. A push of the keys on any device gets us what we want. But that digital omnipotence isn’t available in our dealings with real people and reality itself. We can’t whip out a remote-control and change the channel. Life operates by its own rules and no amount of magical child thinking changes this fact.

Is this the reason for so many teen suicides? If so, then Baudrillard’s warning has gone unheard. The simulation has indeed taken over. It has bred so many one-dimensional people that reality need not apply. Should it intrude, as it inevitably does, it causes meltdowns of epic proportions.

Too much time spent surfing the internet and chatting to “friends” on social media means burying ourselves in and with Techne - that is with the dead. The dictum of today’s technocidal urbanized Discontent is “better dead than real.”