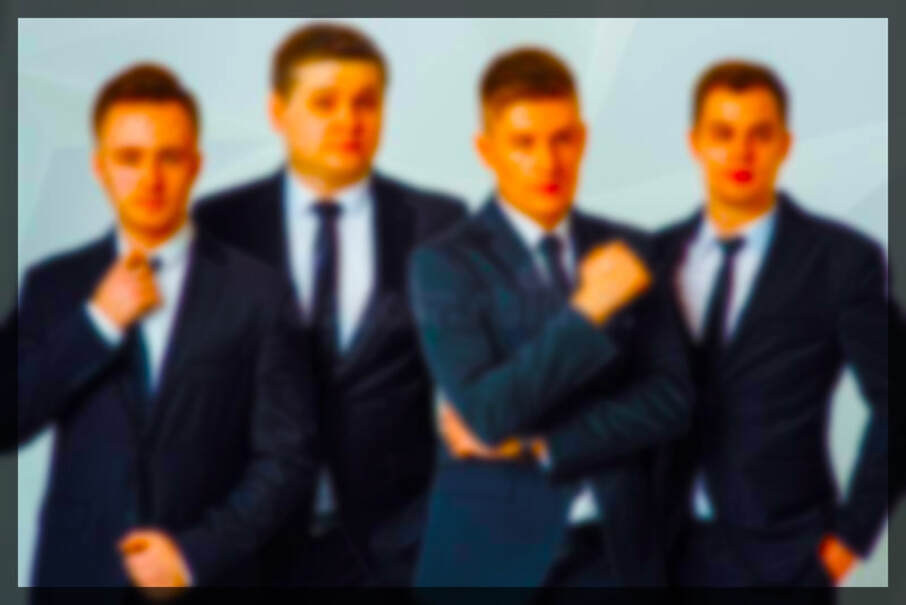 Robert Hare, Harvey Checkley, Martha Stout, and other psychiatrists, tell us that one in twenty-five people are sociopathic personality types. Other experts think this is a low estimate. They are right.

This is because we’re talking about full-blown sociopaths. What about the person who is 75 percept sociopathic? What about the man or woman who is 50 percent deranged, or 15 percent? Add them all together and we’re way beyond a demographic of one in twenty-five.

Strange is it not that most of us haven’t a clue what it means to be pathological? Most people can’t tell the difference between a neurotic and a psychotic.
In my work on female psychology, I make mention of four other neurotic types: Schizoids, Depressives, Compulsives and Hysterics - the four riders of the pathocalypse.

A person can embody more than one of these pathologies, and every one of them is the Frankensteinean product of schizogenic domestic and social environments.

A hysteric can also be schizoid, while a depressive can embody compulsive traits. It’s not uncommon to find depressives with hysterical traits, and many compulsives are also somewhat schizoid.
Alarmingly, these odd combinations are also found in relationships. A depressive may find themselves attracted to a compulsive or even a hysteric, and vice versa. The reasons for this become clear once we know what distinguishes each of the four types.

Basically, the schizoid type is characteristically wooden, cynical, apprehensive and withdrawn. They are armored and incapable of emoting. Showing their feelings is considered a sign of weakness. Consequently, the schizoid develops an impenetrable shield against others who cannot reach them. This attitude and behavior does not stop them functioning efficiently in society. Indeed, the schizoid type works well in offices and corporations. He doesn’t let emotion get in the way of his “performance.” He actually becomes prideful about his professionalism and doesn’t like working with people who are relaxed, spontaneous, sloppy and expressive. 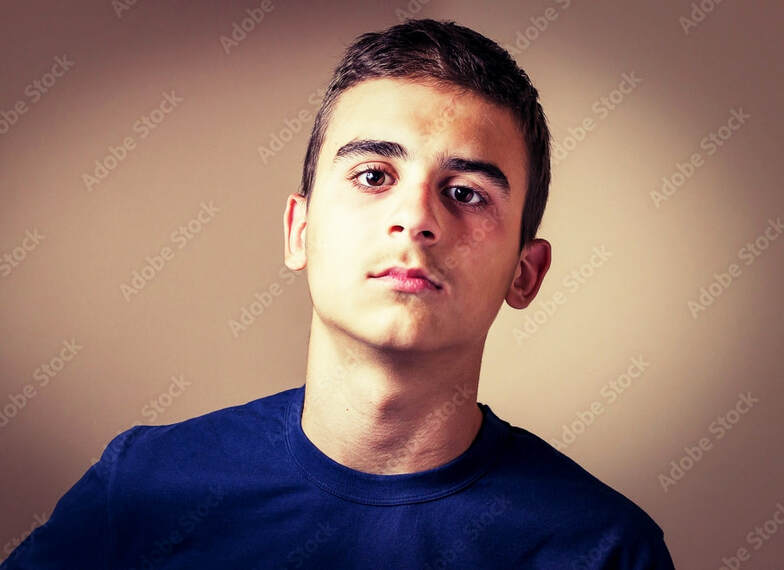 The compulsive type is similar in kind to the stiff schizoid. They may even get along quite well together. The compulsive is an obsessive type whose relations with external objects is controlling. He obsesses about the height of the grass in his garden. He obsesses about the wrinkles in the sheets, blankets and curtains, about the disorganized jars and cans in the cupboard and dining-table arrangement. He never drives over the speed-limit, and is always super-concerned with his appearance. Like the schizoid, he usually makes an exceptional employee. He prefers being in a superior position, and usually makes an obnoxious boss or headmaster. He’s attracted to jobs allowing him to regiment others. We find him working for the police, army or state. Disorder unnerves this type enormously. Even though everything is clean, neat and precise in their lives, there’s no love involved. Nothing owned is cherished for its own sake. If they have relationships of an intimate kind it is always with people who are submissive, dependent and weak. 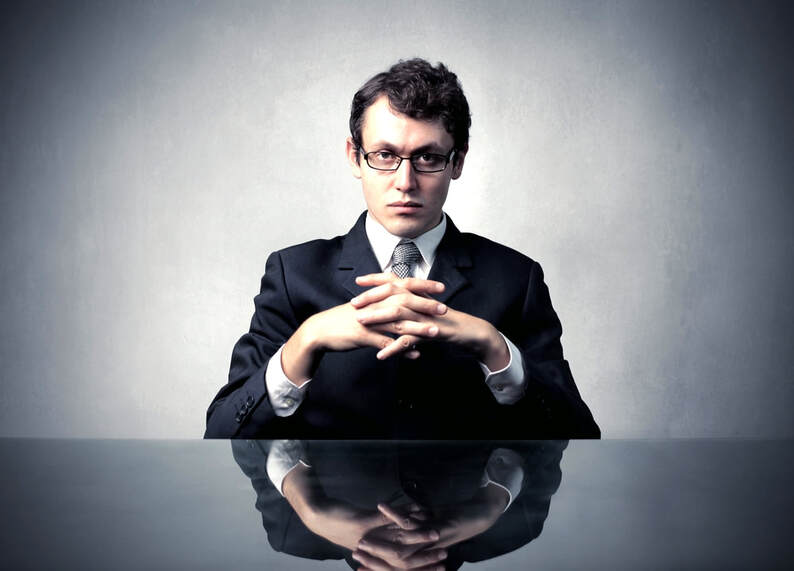 The depressive is superficially a feeling-type and comes across as far more “human” than the previous two. They do not appear withdrawn and indifferent, and certainly do not focus on orderliness. They are, however, ridden with anxiety and are no lovers of independence and individuality. They often have difficulty taking control of their lives, experiencing bouts of deep doubt and insecurity. Their way out of anxiety is to depend almost entirely on other people. They are clingy and addicted to pleasing everyone. Although this trait actually makes them repulsive, they never twig it, and carry on servicing others for as long as they can. This does not mean that those on the receiving end deserve their attention. It’s not the important thing for the depressive. Their wish to “live through others,” is all that matters, not the other person’s actual needs or morality.

Those "entitled" types infesting society today get to be the loathsome creatures they are because of depressive mothers and fathers who worked to make them feel privileged and special. We see that the depressive is, therefore, a rather dangerous type. Their presence and influence prevents people taking personal responsibility and providing for themselves. The so-called "Welfare State" is due to the mindset of depressive personality types. The other three neurotic types are not naturally inclined to make life easy for others. Indeed, compulsives and schizoids get a great kick out of the suffering of others. They are often sado-masochists.
The hysteric is usually also gregarious and outgoing. They are the most friendly and carefree type of the four. One does not feel judged in their company, and they are generally a pleasure to be with, at least for a time. Eventually one sees their pathological side. They do not dwell on the past, and are ever on the go. Their need is for constant change and distraction, which the world provides in plenty. Regardless of what befalls the hysteric, there’s always tomorrow, and always something new and exciting around the corner. This is true even for relationships. The hysteric enters and exits relationships frequently. Each one is captivating, but only for a short period. A hysteric will not maintain a serious relationship for more than six to nine months. As they tire of an involvement, they will accuse the partner of being boring, unspontaneous, critical and controlling. Off they dart without a qualm. Like amoral adolescents they flaunt obligations and promises. They are the busiest and most extrovert of the types. By thirty they're exhausted with pleasuring themselves. It's downhill from there.

The hysteric and schizoid are often attracted to joining mass movements. They gravitate toward the Crowd. For the hysteric the Thugocracy is a source of ever-changing sensations, while for the schizoid it works to disguise their congenital fear of intimacy. He can say to himself …I’m in love with the cause and my comrades in arms…I’m a thorough-going humanitarian fighting poverty and injustice...

Hysterics and schizoids have another thing in common. Being the two most unproductive and uncreative types, they are motivated to appear other than they are. Joining the Crowd allows them to engage in an anxiety-lessening  charade. Since they already wear a mask, it's not difficult for them to don another. It's actually easy for both types. Since self-deception is at the root of their neurosis, they must at all costs convince themselves that they are among the most creative and productive people alive.

Schizoids and hysterics are often plagiarizers who scavenge and reproduce the ideas and creations of others. Our world of endless cheap and banal reproductions wouldn't exist without their insidious industry. Genuine fakes are made by genuine fakes.

The four pathological types are what they are primarily because of anxiety. We choose one of the types to shield ourselves against suffering and anxiety. Whatever we suffer at the hands of toxic parents inevitably sends us down a pathological path. Reality is sacrificed in the name of self-protection and escapism. The schizoid type becomes frozen and indifferent against experience. The compulsive compensates for feelings of inadequacy and weakness by robotic controlling behavior. Objects around him are taken in hand and forced into place. People in his life are also dominated and "organized" in a similar way.

The depressive escapes from anxiety into the lives of other people. All feeling is directed toward the needs of others that are not genuinely loved for their own sake. This device allows the depressive to forget about themselves and ignore their own feelings and needs. Their love for others is, therefore, insincere and shallow.

The hysteric escapes feelings of anxiety by perpetual extroversion. Life is just one big party. The world is full of tantalizing distractions and sensations. There's so much to do, so many places to go, there’s no time for stillness and contemplation. The hysteric is a social butterfly, always hip to what’s happening and turned on by the next big thing. They join the Crowd in their flight from themselves, that is from Selfhood. There’s no time for that, says the hysteric to themselves ...we’ve got to think of the minorities, single mothers and victims of inequality. 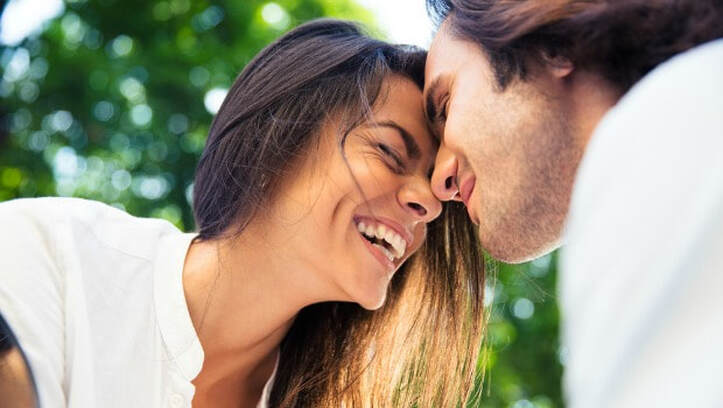 Since the Thugocracy is chock full of other hysterics and schizoids, the deranged ideas in one’s mind get amplified. It’s a good feeling and very addictive. What we know as “Socialism,” is attractive to pathological types convinced they're changing the world for the better. Any sane person can see it's far from the case. The pathological type brings ruin to everything they touch and everyone they contact.

Fortunately, we are now in an age when we can, if we so desire, to get a handle on pathological people - these constitutional moral inferiors. We can learn to pick them out and thereby protect ourselves from their baneful influence.

However, we must remember that we each embody one or more of the four traits. No one on earth is free from it. There are compulsive, schizoid, depressive and hysteric aspects to each and every personality, and everyone seeks in irrational ways to escape suffering and anxiety. After a little study, each of us can learn to discern pathological tendencies within ourselves. It helps to do the same with others.
Sanity is hard won. It requires discerning the neurotic or pathological traits within us, and fathoming why they exist. This in turn may mean breaking the fifth commandment, and not automatically forgiving abusive mothers and fathers whose demagoguery (or Adultism) made us what we are. 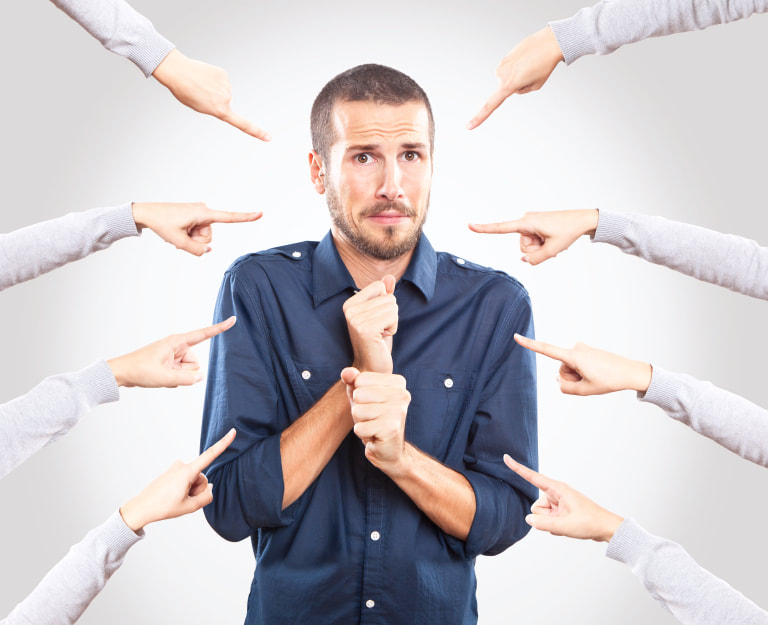 As the ancient Vedic sages said, Self-realization is necessary before God-realization. In other words, one must gently analyse themselves and identify those traits born from one’s evasion of legitimate feeling. We must confront and defy any and all cop-outs, beliefs or paradigms preventing us from committing to this “holy work.” Only the man who heroically faces his own psychology and typology is in a position to change the world for the better. He does not need the assistance of others, and as a hygienic, sovereign being, he joins no crowds.